*shoutout to the beautiful Melanie Lockert for sharing her story & awesome movement with us!* 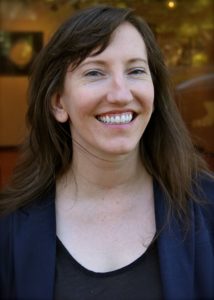 When I started blogging in January 2013, I thought of it as having a sort of online diary. At that time, I was in the thick of debt repayment feeling depressed, alone and frustrated. Blogging was my way to keep myself accountable to paying off debt — and that it did. Though my first reader, admittedly, was my mom, eventually my readership grew and I created a community of other debt fighters. Having that community support and accountability were crucial to my success.

In my very first post, I said I’d pay off my remaining debt in a matter of four years. I was making $12 per hour at a temp job at the time and realistically there was no way possible that was going to happen. I didn’t know how it was going to happen but I was determined.

Through a series of fortuitous events and opportunities, I ended up paying off the remaining debt in 3 years.

The blog fulfilled its purpose — helping me become debt-free. Not only that, but it spawned a book of the same name  (Fun fact: I got approached by my publisher after they saw that I won Best Debt Blog at the Plutus Awards!) and a freelance writing and event planning career, too.

Never in a million years would I have guessed that this little side project that I started anonymously would turn into all of this. But I am so happy it did. It’s proof how powerful starting a blog can be. Anything can happen.

It’s changed my life and my finances and I have some of the greatest friends from the personal finance community. It’s also given me purpose.

The Birth of Lola Retreat

Before I became a full-time freelance writer and event planner, I had only ever worked in non-profits. Yes, I endured the low-pay and long hours, because at the end of the day, I am a mission-driven person and want to have an impact on my community and the world.

After paying off my debt, I wanted to find a way to give back. I collaborated with J. Money on Debt Drop. I started the Suicide Prevention Blog Tour (for which I won the Plutus Foundation Service Award for).

But I knew I wanted something more but wasn’t sure what. I wanted to meet more people and have a greater impact but what would I do?

Through happenstance, I met Emma Pattee and we connected over the idea of feminist finance. We talked about how there needs to be more spaces for women to talk frankly and openly about money. We discussed the stats — that women still earn less than their male counterparts, that women are living longer than men, that women more and more are becoming the breadwinners in their family.

The women’s empowerment movement has changed a lot of things for women over the past 50 years. Yet, it still seems that financial and economic empowerment for women are lagging.

Emma and I toyed around the with the idea of doing a women + money retreat. Week after week, we’d chat and brainstorm ideas. But as you can imagine, putting on an event is a lot of work. Could we do it? Would people be interested in attending? More importantly, would it really make an impact?

After going back and forth, we finally decided to commit. Let’s do it. Thus Lola Retreat, a women + money event was born. 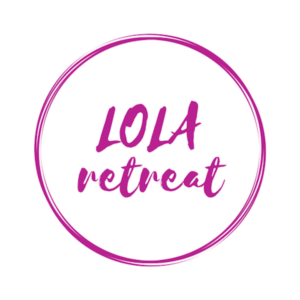 We approached the whole thing as an experiment. We picked the city for our first event (Portland, where Emma lives and where I lived previously for 5 years), picked the venue and created a website. We started new social media accounts. We poured over messaging and nit-picked over words.

We launched and had amazing blogger support in the early stages. We built the retreat from the ground up, figuring things out along the way.

When the weekend of the retreat finally came, I was so nervous and excited. I was also completely heartbroken. A few days before the retreat, my 9-year relationship had fallen apart and we agreed he’d move out while I was at the retreat.

The weekend of the first Lola Retreat, in many ways, was the start of a completely new life, literally and figuratively.

What happened that weekend was more than I could ever expect. We had 60 women from all over the country (and one from Canada!) attend Lola and by the end of it, it felt like we were all friends. 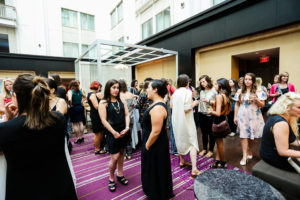 The sessions blew my mind and inspired me. We had sessions on love + money taught by a couples counselor. We had a session on money mindset by financial therapist, Amanda Clayman. We also had sessions on getting out of debt, investing, real estate and a panel called Ladies on FIRE (about the financial independence movement). Our main goal with Lola was to create actionable content so the ladies had a pathway to get started.

Overall, the weekend was better than anything I could have imagined. I was so inspired by all of the attendees who were curious, engaged, and passionate about changing their financial lives. Even though my personal life was crumbling, I was lifted up and supported by all the strong and amazing women in that room.

Building something out of nothing is quite an experience. I must say that seeing your idea — one that started as a small morsel of your imagination — turned into reality is one of the most satisfying experiences.

Creating Lola Retreat taught us the power of executing your own ideas. It taught us how to listen to our peers and readers and create something that would help foster community.

We also learned the art of asking and how much power it can hold. Truth be told, I didn’t approach any sponsors until three weeks before the event. I was so focused on creating amazing programming and getting amazing women to come that sponsors weren’t really on my mind.

I had my doubts and insecurities, but we persisted. And sure enough, there were people who believed in us and our idea. We had companies like Tip Yourself, Stash, Wealthsimple and more support our inaugural event. I am forever grateful for our sponsors who financially supported our event and believed in what we were creating. We learned that sometimes you just have to ask. It’s that simple and that hard.

Through Lola Retreat, I was able to leverage my role as a blogger into something more. I realized that blogging can help you create a brand, a following and a community. You can use that influence to make an impact in your community and build something bigger than yourself.

Getting ready for Lola Retreat 2.0

Overall, there were so many lessons from hosting our first Lola Retreat. The feedback we got from our attendees was amazing and proof that this concept had legs. So our little experiment continues on and we’re planning to host our 2nd Lola Retreat in New York City, April 27-29 at The Financial Gym.

I am so excited to have amazing speakers like Erin Lowry (Best New Personal Finance Book at the Plutus Awards), NYT writer and author Kristin Wong, side hustle queen Sandy Smith and more.

I’m particularly excited about our panel discussions on The Importance of “F*ck Off Funds” in the #MeToo Era and How to Prepare and Deal with Financial Disaster.

At Lola, we want to empower our attendees with actionable advice and also have those tough conversations about money that you can’t hear anywhere else.

There are still some tickets available! Use PLUTUS to get $50 off at checkout.

I saw many creators from different walks of life, disciplines, and backgrounds, all in the same space. But the specific event, held at FinCon, that gave me the vocabulary, the feeling, and the magic of community was the Plutus Awards.

Congratulations! Here are the finalists for the 13th Annual Plutus Awards.

Introducing the Finalists for the 13th Annual Plutus Awards presented by Capital Group!

@FrugalWoods won the trophy for the Best Frugality Blog at the 8th Annual #PlutusAwards on October 28, 2017!