Want to grow your business? Establish your voice in the personal finance space? Join Harlan Landes for a free live event with Kara Perez, founder of Bravely Go. 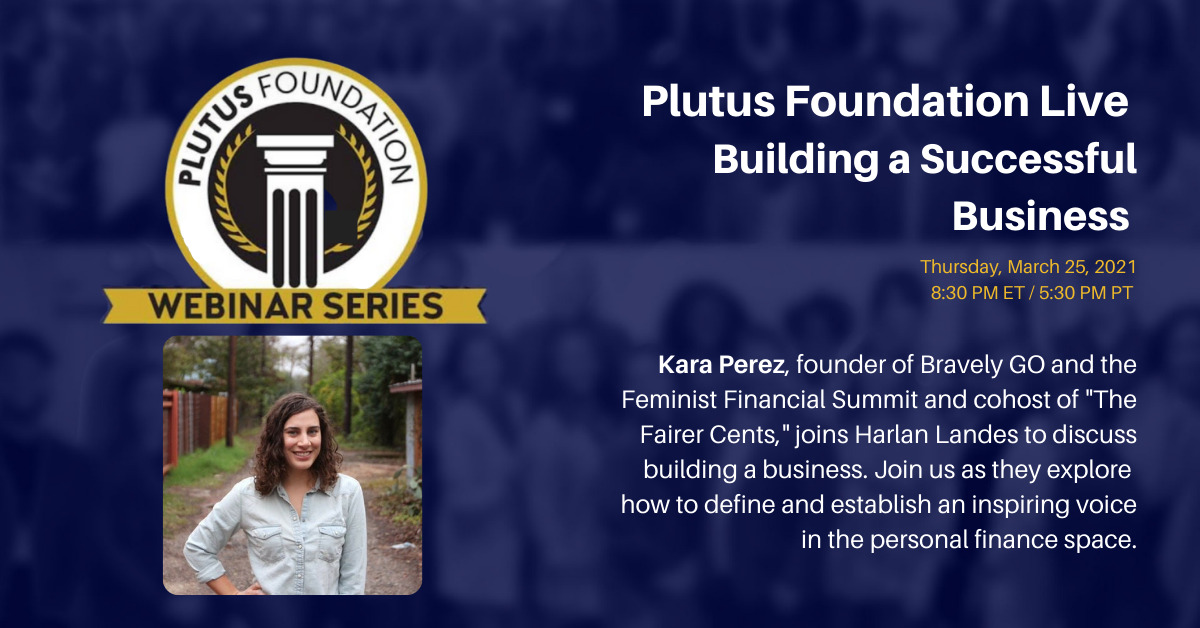 Want to grow your business? Establish your voice in the personal finance space? Join Harlan Landes for a free live event with Kara Perez, founder of Bravely Go and the Feminist Financial Summit and co-host of The Fairer Cents on Thursday, March 25, 2021, at 8:30 PM ET on YouTube and Facebook. Kara will answer questions from the attendees too so please bring YOUR questions.

Kara Perez founded Bravely Go in January 2017. Broke, underemployed, and student debt-ladened, she realized that her lack of financial education was a detriment. Kara decided to start Bravely GO as a resource for folks who do not fit the financial mainstream and to help them change their money situation and mindset.

Her personal money journey includes the following highlights and milestone.

Cohost of The Fairer Cents podcast and founder of the Financial Feminist Summit, Kara speaks at events across the US, including FinCon and the Lola Retreat. Bravely was nominated for Plutus Awards in 2017 and 2018. You can find Bravely on Forbes, Glamour Magazine, US News and World Report, Austin CultureMap, Austin Woman Magazine, and Lifehacker.

The discussion will be live on Facebook on Wednesday, February 24, at 8:30pm ET. You may also watch live on YouTube.

Tap the links in our profile to visit the group

The Plutus Foundation awards grants to members of the independent financial media who work to create #financialliteracy programs in their own community.

Is that you? Learn more about our grant program.

Registrations are closed for this event