The Feminist Financial Handbook: The Perspective You Need

I am a product of my experiences. The knowledge I possess, as much or as little as it may be on any topic known to humankind, comes from my surroundings, and perhaps, on some subconscious level, from the experiences of my ancestors.

Any seeker of knowledge must — this is an absolute requirement — seek out a diverse set of experiences from which to draw understanding. You cannot make the best decisions about your own life without recognizing the world around you in a broad sense, not just your immediate community.

As much as I try to broaden my experiences, there are some I will never be able to have first-hand. While my identity isn’t locked, I can’t, for example, experience what it would be like to live and experience life as a person of color. I can observe, I can discuss, I can listen, but I will never share or fully comprehend the realities of that experience. The same is true for any aspect of identity with which I don’t personally identify. Including sex.

We are more than our identities, but we are who we are. No more, no less. Brynne Conroy, the founder of Femme Frugality and a multiple Plutus Awards finalist, understands why women, due to their unique but united experiences, need sex-specific financial guidance.

In her new book, The Feminist Financial Handbook: A Modern Woman’s Guide to a Wealthy Life, Brynne clearly presents the issues that women face that are less common for men, the impact of those issues on personal finances, and the paths for navigating those circumstances.

Should anyone who doesn’t identify as a woman bother to read the book? Absolutely.

Whether we’re looking at internal or external oppression, those who would preach that numbers and math are all there is between you and a magical, early retirement at some ungodly age are wrong. They are likely oozing with privilege that blinds them to difficult realities which they themselves have never had to face. Or if they’ve worked their way out from a childhood of poverty themselves, they make an assumption that anyone else can do it, too, despite the fact we all live under diverse and complex circumstances — even when we live in poverty.

Second, The Feminist Financial Handbook delves into the idea of intersectionality, which is eye-opening for anyone who hasn’t lived it. The challenges facing women coincide with the challenges facing anyone who is not mainstream. Most financial advice is written by and directed towards upper middle-class, abled, cisgendered, straight, white males. Some advice is universal. Some is not. Some is not though we wish it were to make things easier on us as providers of advice.

Other non-mainstream facets of identity besides sex and the challenges that ride alongside coincide with being a woman, confound and compound the financial obstacles.

Here’s an example. Your typical financial blog provides common advice that often sounds like this: “One of the best ways to cut expenses and make your income and assets go farther for you is to move somewhere that has a low cost of living.” Most of the time those who profess advice like this will concede that it isn’t for everyone, but still mask the concession in the idea that it is still “accurate” in some sense of the word. There are some several wealth-related assumptions in this particular piece of standard advice.

Mobility, for one. Abled or disabled, moving house is a privilege that not everyone can take on. Even in the middle class. A divorced couple, friends of mine, can’t move away from the town in which it’s been designated that they both need to live so their child can continue attending the same high school.

In the book, Brynne describes another related difficult situation. Parents of children with special needs must live in communities where a support system for those needs exists. While it may be more easier to live cheaply living in outside a major city or metropolitan area, making the choice would severely limit access to services that are necessary for life.

Strike the idea to “just move somewhere else” off their list. And when you look deeper, it’s easy to see the much-touted idea that “our current situation is a direct result of the decisions we make” is struck down with force by anyone who has been a parent to a child with special needs.

Brynne also addresses the topic of abuse. Women are more likely to be victims of partner abuse, whether physical, emotional, or financial, and this needs to be incorporated into financial advice for women. It almost never is, and is rarely considered until it is brought up by a victim. And there are a number of reasons abuse victims don’t talk about their situation.

So we’ve identified a “universality” problem with personal financial advice. This book does more than attempt to bring understanding of differentiated circumstances and the resulting specific advice for women and other marginalized identities to the reader. Brynne nails down a number of inherent systemic problems, legacy issues with society and barriers that certain members grapple with but will never affect others, and shows how they apply to the quest for individualistic (with the individual being the important unit of a mostly-capitalistic economical society) financial freedom.

But importantly, she shakes off the idea of societal victimization and offers practical advice for navigating finances in spite of the kyriarchy — which, by the way, is a word I needed to look up even though I knew the Latin etymology, so don’t be ashamed if you do, too.

To my fellow men: read this book. While I’d like to say, “Don’t take it personally,” we should take it personally. But don’t get me wrong — the ideas within aren’t “anti-man.” Feminism in general is NOT anti-male.

What can we do as bloggers and podcasters to better serve our audiences? I believe your work improves as your understanding of a diverse array of people’s experience improves. Read this book to gain insight you’d never have by sticking to your closest and most likely similar-in-experience friends. You will make better decisions for yourself, and guide your audience to better understanding.

In The Feminist Financial Handbook, calls upon the experiences of people throughout the spectrum of diversity, including people of color, members of the LGBTQIA+ community, immigrants, and other Americans discriminated against on the basis of whatever makes them different than the majority.

What can we do as humans to be better people? Move beyond mere understanding to be a part of changing the system that requires such a stark difference in financial advice between men and women, between abled and disabled, between people of color and people with European ancestry and white skin. When everyone thrives, every one thrives.

Oh, and if you abuse someone — stop.

The Feminist Financial Handbook was released in October and is available in the usual places. You can read more from Brynne at Femme Frugality, which most recently was a finalist for Plutus Awards in recent years for Best Financial Blog for Women and Best Series (for Intersectional Women’s Finances). 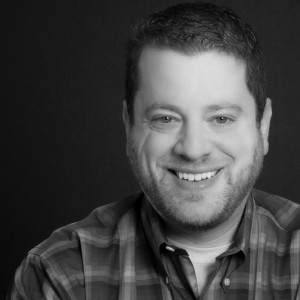