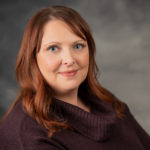 Many of us have father figures in our lives. And these figures are all about dispensing advice. Check out the money advice our community members have received from their dads.

My dad taught me the basics of investing at an early age and helped me open up my first brokerage account. He recommended I stick with blue-chip dividend stocks, and though I strayed from advice at the time as a stubborn teen (picking random tech stocks), I eventually made my way back closer to his advice and now invest only in index funds and ETFs.

My dad was a prepper at heart and that was a part of his approach to everything in life. This was particularly true with his finances. Dad thought ahead. He saved. He paid for his funeral 25 years before he passed. He planned his finances so that my mom would be well cared for when he passed. I’m so grateful for his example and I have tried to emulate him to the best of my ability.

Learn to live with a few extra bucks in your wallet without the urge to spend it.

The year was 1994 when my father gifted me with $3000 to open my IRA. I held on to the check for 3 months as I researched everything I could about IRAs. He eventually called to tell me to “shit or get off the pot”: I was losing growth from the delay and if I wasn’t going to act, to give him the money back! I opened my IRA the next day!

“A woman should not rely on a man to take care of her. She must have a marketable skill.”

Take full advantage of credit card benefits. Use one reward credit card on everything, pay off the monthly statement in full (never buy what you can’t afford) and enjoy the benefits of free money for just being responsible.

Actually follow your budget. It is easy to veer off track, especially with promotions and end of year bonuses. Remember, financial security in your retirement is far more important than a materialistic possession we all love to splurge on every once in a while.

You can only spend this dollar one time, unless you invest it. Then you can spend that dollar over and over again for the rest of your life!

Time in the Market

My dad was big on having choices and he told me saving money gave you that. His whole spiel was about how you don’t want to be completely dependent on a paycheck. Saving as much as you can each month means you don’t have to be. Spending all of your money means you are forever at the mercy of your job. The boss knows most people have no other choice and will do whatever they’re told and will stomach a lot of nonsense. That’s why so many are stuck in a crappy job because they spend all their money and have nothing to fall back on if things go wrong. Saving money will give you the choice to walk away from a job that’s killing your mental health and that is priceless. No other item you can buy with money is worth that flexibility. It might not seem like saving is worth it but having that choice when things aren’t going well at work is amazing.

The best piece of financial advice I ever received from my dad was after getting my first job as a teenager. He showed me exactly how investing some of my hard-earned money each month could make me a ton in the long run – which is a lesson I continue to apply to this day (with a higher salary, thankfully). Unfortunately, this was the early 2000s and a recession was right around the corner, so dad unintentionally got to sneak in a bonus lesson as the value of my brand new investments fell through the floor: always hold when things get rough!

When I was in junior high, my Dad taught me the Rule of 72, a quick mental trick that tells you how long it will take to double your money at any given interest rate. Understanding the Rule of 72 when I first started making money mowing lawns and doing other odd jobs made me more inclined to save the money rather than spend it. The habit has stuck with me for decades.

My father has always been one of the most practical, analytical people I know. By far, the best piece of financial advice he’s taught me has been to remember the time-old saying of “make hay while the sun shines.” As a recent college graduate who has always loved side hustles, I often get carried away chasing the next money-making idea. For a while, I was even on the fence about getting a traditional 9-5 job. It was my father who helped me understand the power of making a dollar today and building real wealth versus chasing endless ideas. Overall, he truly helped me develop a more grounded sense of wealth and to balance future dreams with making the most of today.

The best advice my dad gave me was to save half of what I earned. I remember the day I got my first allowance he soar to put half of it away for something bigger. This habit of saving for bigger things got me started on a healthy savings habit. I did the same with my kids when they got their first allowance. Learning to save right from the beginning was probably the most useful advice I have ever gotten when it comes to money.

Don’t spend money you don’t have. My father (and mother) taught me as a kid to avoid debt and that’s been a very valuable lesson that has carried through to my adult life. My parents used credit cards but only for convenience, not to buy things that they couldn’t afford. They taught me to pay the balance in full each month, and as a result, I’ve never had any credit card debt.

Make your own money! Then, you don’t have to depend on other people.

My father wasn’t around growing up but the best piece of advice I received from a father figure was “No matter what, pay yourself at least 10% first. Always.”

I was lucky to have a strong financial influence growing up with my dad, specifically when it comes to saving. The best advice he gave me was to save consistently. He always said it doesn’t matter how much you save, just do so regularly. Even if it’s $1 a paycheck. Make saving a habit. Once the habit is established, increase the amount, as you are able. It makes saving, even for those who feel financially challenged, an achievable goal.

Over the years my dad has shared with me a wealth of beneficial financial advice. However, the best advice he ever gave me would be to, “hope for the best and prepare for the worst”. Meaning don’t let fear prevent you from pursuing your dreams, but always be ready for life to not go as you planned. This advice has played an important role in ensuring I have a fully funded emergency fund, giving me the security I need to not shy away from living the life I have always dreamed.

You need to have a will. My dad recently had a stroke at 53 and I had no idea what he had wanted for burial services let alone with his property. It’s never too early to have your affairs organized and put into place, despite your age, income or stage in life.

I was taught that you can’t make money without spending money. Overall he wanted me to understand that if you invest in yourself, it’s much easier to have success. Sometimes you have to spend to grow.

The best piece of financial advice my father ever gave me was to avoid mindless consumption. One day he asked me why I purchased a Tommy Hilfiger shirt. The only reason I could think of is that I wanted to fit in with the cool kids. It took me a while to actually apply this advice. I would go on to purchase other things to fit in with my peers, and I’d eventually end up broke. 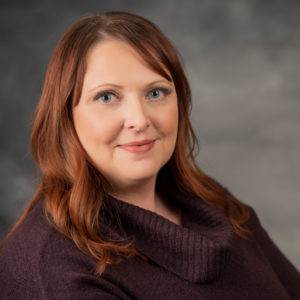 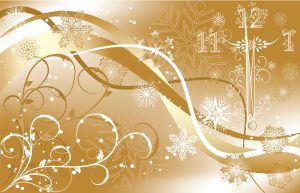 3 Financial Resolutions to Consider Making in the New Year

Whether it’s creating a better budget, saving more, paying off debt, giving more to charities, or keeping more money for yourself, we all have goals for the new year ahead. Here’s how to set strong financial goals this year. 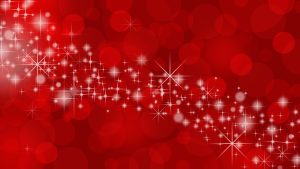 The holidays can be a financial stressor for anyone. Luckily, there are tons of holiday side gigs to help you make money for gifts, holiday food, gatherings, and more. These holiday side gigs can help you lessen that stress and even have a little fun at the same time. 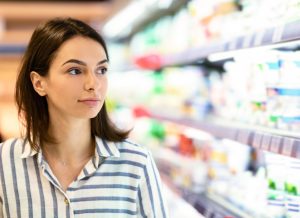 Best Couponing Apps to Save You Money

You don’t have to be an extreme couponer to save money on your in-store and online purchases. Today’s couponing apps make saving easier than ever, with some providing automatic alerts based on your location and tailoring their offers to match your favorite retailers.

PrevPreviousJ. Money Sells His Blog But Not His Soul [030]
NextPlutus Awards Weekly Showcase: June 19, 2020Next
Subscribe to YouTube
Join the Plutus Community
Subscribe to the Podcast

Interested in making money by selling your blog? Use this guide to maximize your earnings!

It’s is the opposite of abs. Read why: https://moneygremlin.com/wealth-is-the-opposite-of-abs/ #WealthSecrets #fintwit

Physicians are trapped by golden handcuffs. Here’s what they can do to break free: https://thedarwiniandoctor.com/physicians-are-trapped-by-golden-handcuffs/ @DarwinianDoctor #MedicalTwitter #MONEY

The kinda house you can afford..what u do for work

What you do for work..quality of your education

Quality of you edu..

Want to create an in-demand community resource but

Want to know how to use Google Analytics to grow y

What financial accomplishment are you most proud o

Michelle Jackson @michelleismoneyhungry and the Pl

Most people panic on the inside when they hear the