Why Personal Finances is Different for African Americans

For some, personal finance is just a series of organized numbers and behaviors to produce a desired outcome. With enough organization and effort on the front end, you can retire early or pay off your debt. After all, money is just a tool that can be used to construct your future lifestyle right? For African Americans, personal finance has a different connotation, one that carries the weight of our ancestors and the struggles that many of them had to endure.

It’s About More Than Money

In 2015, author Ta-Nahisi Coats wrote, “As slaves, we were this country’s first windfall, the down payment on its freedom.” Our bodies served as the currency on which this nation built its wealth. Today, more than 400 years after the first enslaved Africans reached the shore, we’re still striving to recapture the returns that have been systematically denied to us.

For us, personal finance isn’t just about money. It is about justice, politics, history, education and so much more. Because each of these factors has served as a barrier to wealth created in our community at one point or another. Take the recent CNBC article about the wealth gap in which the title simply suggests that African Americans’ “lack of participation” was to blame. While it is true that only 34% of Black households are invested in the stock market compared to 61% of white households, the deeper reasons as to why this gap exists were severely under-discussed.

A History of Financial Setbacks

The financial markets and by extension, financial institutions have a history of ostracizing and outright abusing African Americans. While you could go back as far as 1846 when the Nautilus Insurance Company, now known as New York Life, sold policies on nearly 250 enslaved individuals. Major banks like Wells Fargo and Bank of America have continued to sow seeds of doubt and skepticism among Black communities within the past 15 years.

Bank of America paid $335 million in 2011 due to a lawsuit related to charging higher interest rates and fees to Black homeowners compared to white homeowners with the same financial profile. Homeownership has long been touted as the biggest way to transfer wealth, yet we’re often paying more while receiving less. Black homes are devalued by $48,000 per home, which amounts to $156 billion in combined losses according to a 2018 Brookings study.

This pattern of systemic injustice, higher fees and debt, and lower returns also show up in higher education. Dozens of universities including the University of North Carolina at Chapel Hill and Georgetown University were linked to slavery. Today, Black women are the most educated demographic in America making up 66% of bachelor’s degrees, and 71% of master’s degrees between 2009 and 2010. But due to racial and gender pay gaps, Black women only earn sixty-one cents for every dollar that a white man makes in the same job with the same qualifications. At this rate, Black women will not receive full pay equity until the year 2119, which is sixty-four years after white women are expected to reach pay equity in 2055.

Writing Our Own Rules

So many of the institutions that were built to foster wealth creation for everyone were often denied, overcharged, or outlawed for Black Americans. Personal finance is different for African Americans because the rules have been different for us. But in recent years the tide has shifted, gifting us with hundreds of new and exciting Black personal finance creators, and this time we’re writing our own rules. 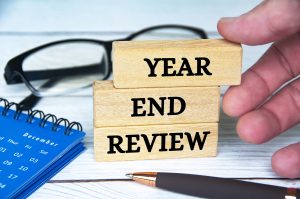 How to Do a Year-In-Review of Your Blog

The end of the year is the perfect time for reflection and resetting before the new year. Let’s dive into how to start a year-in-review for your blog and get you geared up for the next year! 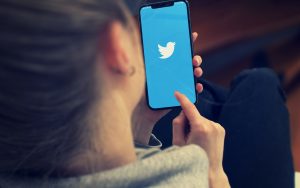 As personal finance creators, social media can be powerful platforms to share engaging content, add value, and find trends in the personal finance space. Twitter has tools for content creators using short-form written content. These tools can be used to reach broad audiences and gain followers quicker than traditional long-form platforms like blogs and podcasts. 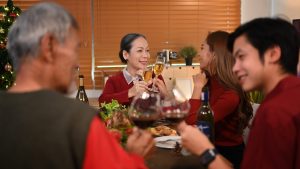 How to Handle Awkward Money Conversations During The Holidays

Money is a taboo subject in most families but that doesn’t stop it from coming up, especially during the holidays. With some planning and communication, you can make sure that your family understands your feelings on this topic while still celebrating together as a group.

The 13th Annual Plutus Awards, presented by @CapitalGroup,
were held on Sept 9, 2022, at @FinCon.

Each year we recognize the best #personalfinance content creators in different categories, voted for by our panel of judges.
👇
http://www.plutusawards.com

Families plan to move from the city to the suburbs.

But what about couples who move from the suburbs to the farm?

Laurie from @thefrugalfarmer shares why it was a good move.
https://plutusfoundation.org/2015/the-frugal-farmer/