Talk Money to Me, hosted by Bravely Go was held at the Riveter in Austin Texas on January 11th. We had 40 attendees come, ranging from 23-55 years old.

In order to reach marginalized communities, I went to where they are. I partnered with people and organizations in the lanes that I wanted to support. 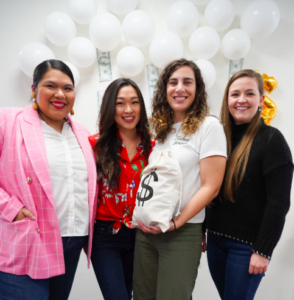 “The Talk Money to Me event was absolutely worth the money and was a true investment in my financial health and well-being. I gained important advice, learned from other people who shared and asked questions and was given tools to further contemplate what my goals are and how to reach them. Each session was either eye-opening, encouraging, inspiring or all of the above. And one of the best parts was meeting so many other people who are at various stages but encourage and learn from each other.”

“I’m working on getting a 25% raise, and at the same time I’m keeping my options open in regards to changing my career path. Talk Money to Me gave me the tools to change my money!” 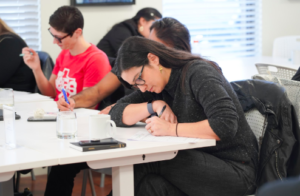 What is Talk Money to Me?

Talk Money to Me is not the title of your new favorite rap song (though that song sounds amazing.)

Talk Money to Me is Bravely Go’s flagship annual event, designed as a space where all the people who traditional personal finance advice leaves out can come to get their money questions answered.

Each January, Bravely Go hosts a day-long conference that focuses on money from an intersectional, approachable way. Most Americans struggle with financial basics and cite financial stress as one of their daily problems. There is more of a need for educators to talk to people in a financial language they understand, and serve people where they are, which is exactly what Bravely Go and Talk Money to Me do.

Kicking off at 9 am at The Riveter in Austin Texas, Talk Money to Me provided workshops on negotiation, investing, debt payoff and a panel on financial independence. All the speakers were women, which was done by design.

Women are chronically underpaid, under-investing, and carry more student loan debt than men. Women also feel that the financial services industry isn’t a welcoming place for them, as it’s dominated by men. By having women speakers, we showed attendees that there are women taking control of their money. We also created a safe space for them to share their personal financial struggles and goals, without fear of judgment.

Talk Money to Me attendees had lunch included in their ticket, provided by a local, woman-owned business (Bento Picnic). They all also had a chance to interact with speakers, to learn from each other and to find others on the same financial path they were on.

At the close of the day, attendees spoke about their experience at the event, and what they got from the day.

One woman shared that she had never told anyone she was in debt before, and now she had created a debt payoff plan and found a debt accountability partner. Another woman shared that she was planning on asking for a 5% raise before the event, but after the negotiation session she planned to ask for 15%.

This event could not have gone as smoothly if not for the support of the Plutus Foundation.

Check Out the Next Event from Bravely Go!

Women are starting businesses at rates faster than men. Why? Because traditional workplaces don’t work for us, and we have the passion to build something that does. When your job doesn’t offer maternity leave, paid vacation, or childcare help, you can create your own job that does.

Join Bravely Go for a day long conference all about how women can fund their businesses, implement business systems and find the right tools for them, and how they can stand out in a crowded market. Find more details at their ticket page! 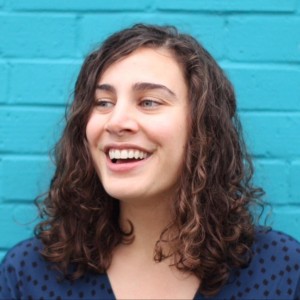 Kara Perez is the founder of Bravely Go, a feminist financial education company. Bravely focuses on bringing actionable, intersectional and accessible financial education to people via pop up events and online community. Additionally, Kara co hosts the award winning podcast The Fairer Cents, which has been named the top money podcast for women by Forbes and The Balance. Kara has been featured in Forbes, NPR, Glamour, ABC Nightline News, and US News and World Report as a financial expert. She lives in Austin TX.