Why Personal Finance Is Political

With the U.S. presidential election literally today, many of us feel bombarded with politics. Whether it’s text messages, TV ads, or constant app notifications, politics can be hard to escape. After today the majority of these bombardments will stop but, in the world of personal finance, politics and money cannot be separated. Think about it: many of our most famous politicians are literally printed on our currency.

Perhaps the most obvious example of politics in personal finance is the tax code. While the news about a presidential candidate’s stance on taxes makes headlines, it is actually Congress that has the power to make changes to the code.

This is how we got the Tax Cuts and Jobs Act of 2017 but is also how the Roth IRA was created in 1997. It was introduced by Delaware Senator William Roth. Today, Roth IRAs are among the most popular tools used to create financial independence.

In 2019, a CreditKarma survey found that 63% of Americans think that financial literacy should be taught in schools. However, what is added to a state’s curriculum is often decided by each state’s department of education and the local school boards — both of which are either elected positions or political appointments. The study goes on to say that, “more than three-quarters (77%) think politicians should push for adding financial education in schools and over two-thirds (67%) would vote for a candidate who prioritized doing this.”

Even today’s student loan debt crisis can be traced back to politics. While most of the political conversations on student loans center around whether or not to forgive some portion of the $1.6 trillion debt or continue to pause interest and payments, the problem started decades earlier.

Until 1972, students could get a federally-backed loan but, due to shortages, President Nixon and Congress created the Student Loan Market Association or SLMA — the acronym was pronounced “Sallie Mae.”

Initially, Sallie Mae was established as a Government Sponsored Enterprise (GSE) but in 1996 Congress moved to end its government relationship and become fully private with the SLMA Reorganization (Privatization) Act under President Clinton. Once Sallie Mae was privatized it began aggressively marketing and creating loans for profit. Unfortunately, that was only half of the problem.

Since 1980 college tuition has more than doubled and part of the reason for the rising costs is that states have cut funding to higher education programs. For every $1,000 cut from a state’s education budget. The average student can expect to pay more than $257 more per year in tuition and fees according to Inside Higher Ed. The decision to cut funding on a state level is decided by the governor and state legislators.

All of these items are inherently political as they are decided by politicians who are elected by voters. And the actions of those politicians have a direct impact on your personal finances and how you adjust your financial goals. It is an area that you will have to pay attention to at the federal, state, and local levels.

Being Flexible is Your Best Defense

Regardless of your political affiliation, it is important to recognize the importance of politics in personal finance and build flexibility into your plan to change course in the event that a policy negatively affects your finances.

One of the most common investing questions is whether a Roth IRA or a Traditional IRA is best. While this may begin as a math question, it really boils down to a tax question that is determined in the end by politics.

But tax brackets and tax rates change over time. The 2017 Tax Cuts and Jobs Act created new tax brackets. This is why some financial experts contend that you should have both a Roth and Traditional IRA if possible, to adjust to whatever the political landscape might be.

“You should have three tax buckets:  tax-deferred, tax-free, and capital gains,” said Courtney Richardson practicing attorney and founder of The Ivy Investor. She added, “Just like your investments should be diversified for retirement, so should your taxes.”

With Election Day and the holidays around the corner, a political debate might not be the most fun activity at your Thanksgiving table. But you should know that certain policies will have an impact on your finances. For those policies, grab some leftovers and discuss your financial strategy with your planner ahead of the new year to put yourself in the best position no matter where the political winds may blow. 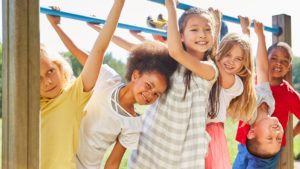 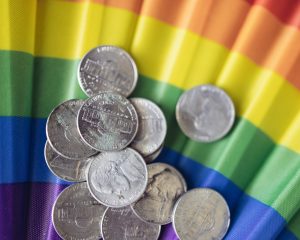 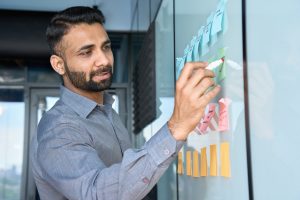 There are currently more than 572 million blogs on

Can you be too successful too quickly? Does it put

10 freelancing tips you wish you had known when yo

One of the easiest ways to receive news and update

Join us for Content Creator Happy Hour in #LosAnge

If you were one of the Powerball jackpot winners,