How to Network Virtually and Authentically

There’s no denying the power of networking and connecting with other professionals. “Building long-term relationships with the right people can lead to referrals, collaborations, and partnerships,” says Michelle Warner, MBA, a business strategist who developed a virtual networking course Networking That Pays.

If you’re like me, however, your networking game has suffered in the past year. Conferences and networking meet-ups were canceled or converted to virtual events. More of us are now working, growing our platforms, or building businesses primarily online. And with fewer chances to connect face-to-face, our social skills might have gotten a little rusty.

This is where virtual networking can come in: connecting with others in digital and online, rather than physical, spaces.

“Online networking really expands your reach,” Warner says, enabling you to connect with the right people independent of location. “There’s no cost of travel and you have fewer costs, money, and time restrictions.” But there’s a downside, too: “It’s difficult to make a really authentic connection” when most of us receive a constant stream of spammy emails and DMs, says Warner.

Once you get past spam blockers, however, online networking can be a powerful tool to build authentic, lasting, and reciprocal connections. Here are some tips to more effectively start, strengthen, and maintain your digital network.

1. Align Networking With Your Goals

Michael Dinich started his blog, Your Money Geek, with a specific goal in mind: qualify for an advertising network and make $2,000 a month in ad revenue from his site.

To achieve this goal, “I needed to build momentum quickly, and I knew the best way to learn the ropes would be from others,” Dinich says. He identified a blogger mastermind group with successful members and talked his way into it.

With their guidance, he achieved his goal — and has grown his blog to a digital publication with a team of writers that now averages $12,000 in monthly revenue.

The first step Dinich took: getting clear and specific on his goals. Once he knew what he wanted to achieve, he effectively identified people with the right knowledge, skills, and experience to help him reach them.

So first, work to set specific goals that will naturally point you toward the right networking strategies to employ and spaces to connect with others. You’ll also be prepared to recognize people worth connecting with to make the most of virtual networking opportunities.

2. Prioritize Quality of Connections Over Quantity

“Most people go into networking with a ‘quantity is better than quality’ mindset,” Warner says. Traditional networking advice often goes like this: go to a networking event, chit-chat with as many people as possible, have something to ask for, or leave them with your business card — and hope to get lucky.

But this approach runs counter to the nature and structure of social networks. Warner points to Dunbar’s number, a social theory that suggests humans’ abilities to form and maintain meaningful social connections has a natural limit of about 150 people.

Of those 150 or so connections, you can break it down further to about 10 “strong ties,” Warner says, “people who will do everything they can for you.” The remaining 140 or more are “weak ties,” — “people who tangentially exist in your social spheres.”

Most of us tend to devote less thought and energy to our weak ties. “Since we aren’t aware they exist, we end up with a revolving door of contacts,” she says.

In contrast, by taking a quality-first approach to networking you curate weak ties to proactively form and maintain those connections.

3. Network With the Right People

Like Dinich, you might seek out others who have taken the path you wish to or achieved what you’re aiming for. This can include people who are ahead of you on the path to success, like a work manager who can mentor you, or a peer at the same stage of growth.

Another option: “Network with people a step above the target of who you want to work with,” Warner suggests. Look for people with whom you’re not directly competing, as this can make it easier to exchange value and build a symbiotic professional relationship.

If you’re a financial coach seeking clients, other coaches and advisors might view you as competition — and your interests might conflict. A life or career coach, on the other hand, might love connecting with a financial coach to whom they can refer clients who need help specifically with money.

Or maybe you’re looking for advice to get that promotion in your remote workplace. Instead of asking a peer who might also be gunning for it, see if you can form an alliance with members of other teams. You can try to better meet their needs, where appropriate for your position — and in turn, they can offer glowing reviews and help build your case that you deserve the raise.

Finding the right people to connect with and building those relationships intentionally and authentically can be difficult online.

So where can you start? Look for spaces where other professionals are already naturally meeting, mixing, and mingling — be it online conferences, virtual happy hours, mastermind groups, or even social media. Joining Facebook groups, for example, is “one of the easiest ways to get started and you can learn other avenues [for networking] from conversations happening there,” says Dinich, who also founded the Money Mix Insiders blogging network for personal finance bloggers.

Employing a human-first networking approach can make all the difference. Cold connecting with people over LinkedIn or sending DMs is not only ineffective, but Warner also says, it can come off as spammy and turn people off.

Instead, she suggests, “Take a moment to find a connection you have, and send an authentic and personal message.” A go-to ice breaker for Warner: share how they have impacted you. “When you can point out to people that they actually helped you and that you paid attention, they will listen.”

“Do research ahead of time to know who might be there, and go in with a target of two to three people you want to connect with,” Warner suggests.

“Pay attention to what others are doing and respond in a direct chat to let them know you’re listening and responding,” she says. Afterward, you can use the same messaging approach as above — and refer back to their comments or presentation.

A great place to start your networking efforts is to restart older connections that may have gone stale. In these cases, it’s best to just be upfront. “You’re going to feel weird and think, ‘Oh my god, they’re going to think I want something,’” Warner says. “But you can just be awkward, get it out of the way, and move past that.”

One format Warner suggests is to reach out, acknowledge that you haven’t spoken in a while, and include a specific reason you thought of them and were prompted to reconnect. If it goes well, “Offer to take the lead on staying in touch,” and keep that commitment.

To follow through, create a system or process for regularly interacting with your contacts. If you have a list of 20 contacts you’re actively trying to build relationships with, for example. If you set reminders to email, text, or interact on social media with one person per weekday, you’ll be contacting them each once a month. Try to reach out regularly to connect, and not only when you have an ask.

Lastly, alongside your “asks” be willing to offer help, provide value to others, and field (reasonable) requests. “Think about it as a friendship, because that’s essentially what you’re trying to build,” says Warner.

“Grow Your Network in Isolation When You’re Not Allowed to Go Outside,” by Darcy of We Want Guac

“Networking with People You Can’t Meet in Person,” and “6 Ways to Convince Someone to Collaborate With You,” by Dorie Clark for Harvard Business Review

“5 Tips for Virtual Networking Success,” by John Hall for Forbes 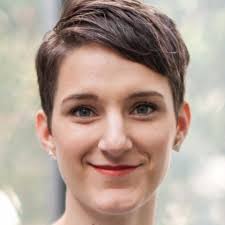 Elyssa Kirkham is a personal finance journalist who covers everyday money topics including budgeting, debt, and student loans. Her work has been featured in outlets such as Marketwatch, Time MONEY, Business Insider, USA Today and CNBC. She also writes for her site Brave Saver and enjoys cooking and camping. 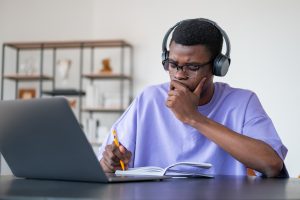 Show notes can increase your reach beyond the podcasting apps, which are limited in search functionality. In this article, we’ll explain why show notes are worth the effort and ways to improve podcast show notes for discoverability. 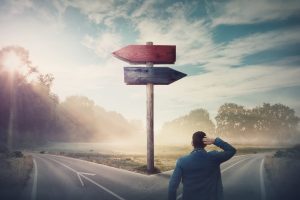 Freelancing Vs. Traditional Work: Which Is Right For You?

There are advantages and disadvantages to freelancing or working a traditional job. What may be a pro to some may be a con to others. Both types of work will have tradeoffs for everyone. The right choice depends on timing, your personal preference, and what helps you reach financial independence and life goals. 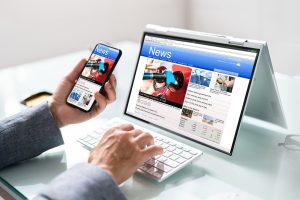 How to Get Media Placements As a Financial Creator

Whether blogging, podcasting, creating video content, or a mixture of them all, you want to be seen as a thought leader and subject matter expert in your given field. With niche-specific creators like those centered around personal finance, the most effective way to establish authority online is by securing media placements.

PrevPreviousJoin Our Tweetchat on Tuesday, May 25th at 3pm ET / 12pm PT for a Chance to Win Prizes
NextPlutus Awards Weekly Showcase: May 28, 2021Next
Subscribe to YouTube
Join the Plutus Community
Subscribe to the Podcast

Write something you absolutely love?

A #podcast episode you want everyone to hear? Share it in our #Facebook group’s Self Promo Thread each Monday, along with your social profiles to amplify your #contentmarketing efforts!

Another deadly sin content creators have to deal with…the sin of hubris.

Here’s how you can protect your brand from this mistake
👇
https://plutusfoundation.org/2022/rahkim-sabree-hubris/

Have you found your ‘voice’?

To get people to stick around your #blog #podcast or #Video you need good content – and the surest way to deliver it is to develop an unmistakable voice.

Donna Freedman @DLFreedman from Surviving & Thriving shares some tips to do so!

Did you know publishing Show Notes with each podca

Do you create personal finance content on your blo

What's the single best financial decision you have

What kind of effort does it take to setup your bus

Is freelancing an easy alternative to traditional

LaTisha Styles, the owner of @latishastylestv and

The sin of pride. Is that applicable to business?